Philadelphia, Pennsylvania is home to SLEEP 2020!

SLEEP 2020 will be held in the heart of downtown Philadelphia, at the Pennsylvania Convention Center. Steps away from world-class restaurants, shops and cultural attractions across Center City, Philadelphia offers a memorable visit. At the venue, SLEEP attendees will find a flexible space that combines historic preservation with architectural innovation throughout a six-block structure. Come and see for yourself why Meeting Professionals International named the Pennsylvania Convention Center venue of the year! 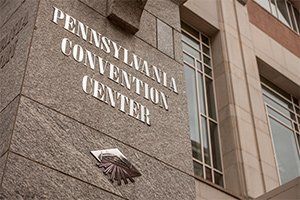 With such historically famous surrounding landmarks and attractions, SLEEP 2020
is an event you surely don’t want to miss. We can’t wait to see you there!

America’s iconic Liberty Bell is a symbol of our country’s independence and is surely a sight that you do not want to miss. Formerly known as the State House Bell, this landmark has been apart of Philadelphia’s community since 1752. Located in the Liberty Bell Center in Independence National Historical Park, this monument is visible from the street 24 hours a day. Be sure to check out the Liberty Bell during your stay in Philadelphia and celebrate America’s freedom like it is 1776!

Philadelphia City Hall, which is only steps away from the Pennsylvania Convention Center, doubles as architectural treasure and a national historic landmark. Constructed from 1871–1901, this tower was the tallest structure in the city until 1987. Standing at 548 ft., City Hall contains more than 14.5 acres of floor space and is the largest municipal building in the country, as well as the finest example of the Second Empire style. Take a walk over to this prominent landmark while you are here!

Philadelphia’s iconic John F. Kennedy Plaza, or better known as LOVE Park brings people together with walking paths and comfortable seating, as well as open paved areas that host festivals and events. The park is conveniently located near City Hall, offering views of the architectural treasure and all the activities that take place in its shadow. The park gets its nickname from Robert Indiana’s iconic LOVE statue, which has resided in the space almost continuously since 1976. Don’t forget to check out this attraction, we think you’ll ‘love’ it.

Without a doubt, the Rocky Statue and the “Rocky Steps” are two of Philadelphia’s most popular attractions. Visitors arrive daily to snap a picture with the Rocky statue at the bottom of the stairs at the Philadelphia Museum of Art and then hustle up the museum’s grand stairway to try their hand at the famous two-arms-raised salute. Originally created for a scene in Rocky III, the sculpture is a real-life monument worth seeing. Visiting the statue, running up the steps and taking a picture at the top, arms-raised in victory is a must on any first visit to Philadelphia. 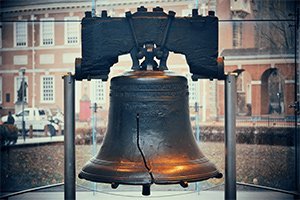 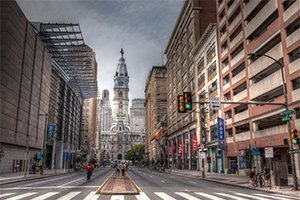 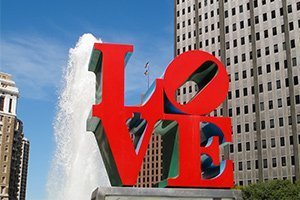 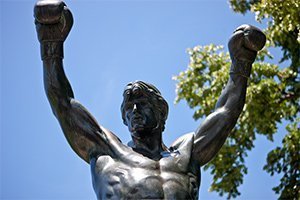